I had planned and expected a really good day.

As I was just emerging from my psychotically-shy cocoon, my mother appliqued a dress for me. I loved everything about it. The careful hems, the shiny buttons, but mostly the humpty dumpty assembled from familiar bits of fabric on the front. It was a work of art, and a rare treat. I felt my goal of becoming more popular coming into fruition. So I saved it until just the right day to debut it to my third-grade classmates.

As Mrs. Voran’s class lined up in alphabetical order for lunch that day, I peered down at the perfect stitches and the bright, winsome colors. I was sure everyone else saw it, too. I basked in the glow of my wonderful day.

Until the unexpected happened just before I reached the lunch attendance secretary.

I had no idea the boy behind me wasn’t feeling so well. Apparently, he held it together until the cafeteria smells got to him. Without warning, I felt a disgusting splash on the back of my dress, followed by expressions of further disgust by onlookers. Spinning around, I noticed the boy seemed to be feeling better, but my day had taken a sharp turn. Immediately, the teacher escorted me to the office where calls to my mother’s landline went unanswered. A determined Mrs. Voran then tried to use the stiff brown paper towels and the pink liquid soap in the girls’ restroom to erase the evidence. We both knew it was a feeble attempt.

I returned to class encased in a feeling of humiliation, a damp dress, and a cacophony of smells. I suffered through the last three hours of school and a bus ride home until I could finally change clothes.

Not the good day I was anticipating when I scheduled that as “new dress day.”

Like my new dress, a new year holds promise of good days. And if you’re like me, you expect the good days to be the rule rather than the exception.

The crisp, pristine pages of my carefully-selected agenda planner are brimming with potential. I imagine it filled with surprise parties and encouraging medical reports, family vacations and great online sales. Despite my expectations, after decades of living, I know enough to know that along with blessings, tears will fall on those pages.

Which ones, I don’t know.

But there will be heartache.

Because, although the agenda planner is new, my life is not. And He hasn’t yet come to make our world new again either. So I have the same worries, the same bills, the same disease.

Because, although the agenda planner is new, my life is not. And He hasn’t yet come to make our world new again either. So I have the same worries, the same bills, the same disease. Click To Tweet

Just a week into the new year, you already sense this, too.

That day in third grade was a bad day for me.

But others, much worse, came later.

A freshman high school classmate died. My best friend’s mother passed away after battling lupus. My own mother was diagnosed with breast cancer. A local seven-year-old boy suffocated in a farming accident. Divorce, hostages, financial devastation, tornadoes, car accidents. All became part of my known world before I graduated from high school.

And every single one took me by surprise, knocked the wind out of me, and left me questioning how God could let this happen.

What makes bad days so hard is that we think of them as rare, as a glitch. So they catch us off guard and they hurt more. Like a punch in the gut when we’re relaxed.

What makes bad days so hard is that we think of them as rare, as a glitch. So they catch us off guard and they hurt more. Like a punch in the gut when we’re relaxed. Click To Tweet

At my last visit to the Cleveland Clinic, my cardiologist told me, “You will be aware every day for the rest of your life that you have heart failure. You will have good days and bad days.” She’s right. Bad days are spent primarily on the sofa with a blanket and my dog Pearl. Although I wish those days didn’t come, I am no longer surprised that they do. Though nothing has changed about my treatment or condition since my last downturn, I somehow feel so much better since she warned me about bad days. And I trust her even more because it matches my experience.

God told us this, too.

Ecclesiastes is a strange (even cynical) book, describing in detail a fallen world. Its inclusion in scripture was fiercely debated for centuries. But I’m so thankful it made the cut. Its honesty has strengthened my faith in a trustworthy God. Because I’ve asked similar questions and I’ve experienced the same frustrations.

We all spend most of our lives trying to protect ourselves and our family from bad days. But the truth is, they are coming anyway. God didn’t say He would protect any of us from them. In fact, through Ecclesiastes, our faithful Father wanted us to understand just the opposite.

The rest of scripture confirms this when we read it all right side up:

Rain falls on the just and the unjust.

Shall we accept the good from God and not the bad?

Though I walk through the valley of the shadow of death…

In this broken, longing-for-heaven world, our story will contain bad days.

No planning or prep will get us around that.

In this broken, longing-for-heaven world, our story will contain bad days. No planning or prep will get us around that. Click To Tweet

Even the Eternal Story reads this way.

It doesn’t end with the peaceful baby in the manger. It ends with an empty tomb, by way of a really bloody Friday. If it weren’t for the darkest day in human history, we wouldn’t know the Glory, the day that absorbs all of our own bad days.

Along the way, God wants us to understand that a “good” day actually has nothing to do with what’s going on outside us. And everything to do with what’s happening inside. Paul’s prison prayers never contain pleas for changes in circumstances, but always focus on the heart of the sufferer. Paul knew a secret that countless other believers have discovered: That stained dress, that tattered situation, that devastating day, cannot reach a transformed heart.

After four years of seeking a lasting physical renovation of my heart, something more miraculous and durable has happened: a spiritual one.

Maybe those inevitable bad days have been a tool to change hearts all along. To give us something permanent to cling to.

Maybe those inevitable bad days have been a tool to change hearts all along. To give us something permanent to cling to. Click To Tweet

It’s uncanny that the design on my dress was humpty dumpty. Because I felt like I was broken returning to my classroom. Silly as it seems now, I wasn’t sure I’d ever be put back together again in my peers’ eyes. I felt like a different person than when I left in that crisp, enviable frock. And I was. But not like I first thought. Ever since that cafeteria incident, I have paid more attention to other people’s pain. And I have sought a more lasting security.

On a day I would never have planned.

God will call every one of us to exercise our mustard-seed faith along an impossible path in 2020. On some pain-filled days. We can expect it.

God will call every one of us to exercise our mustard-seed faith along an impossible path in 2020. On some pain-filled days. We can expect it. Click To Tweet

That disappointing dress day, I started a lesson I’m still learning today: We should be making plans and resolutions that are very little about who we aspire to be on the outside and all about who God wants us to be on the inside.

And sometimes that takes living through some really bad days. 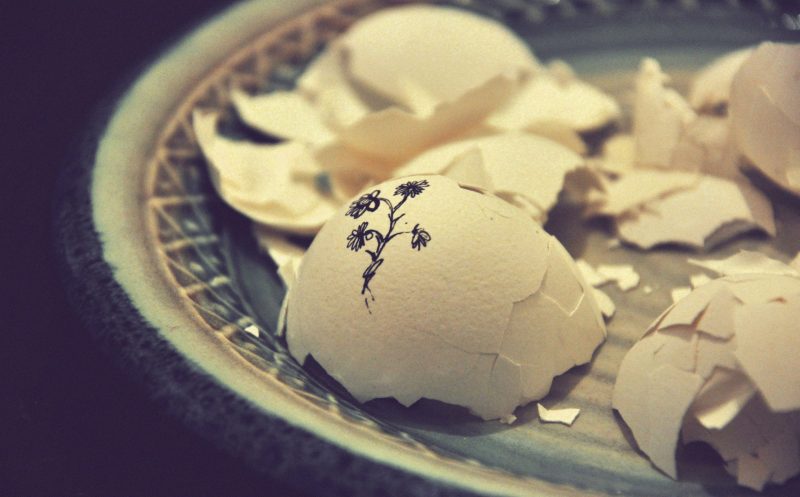