Kansas heat can kill farm animals if they run out of water.  So in third grade, I was given the job of watering the hogs twice a day during the summer.  Everyone else was in the field or working in town.  I was honored to have a job that carried so much weight, that Dad trusted me with (what I thought was) the fate of the entire farming operation.

I would leisurely stroll the quarter mile down to the pens in tidy flip-flops, tank top, and shorts, dreading the large rude hogs.  My goal was always to stay out of their filthy pen, to just drape the hose across the top of the tank, keeping it as simple and as clean as possible.  Maybe even read a chapter book while the tank filled.

Approaching the pens one midafternoon, I noticed that the tank was not sitting level.  The 200-gallon tank had an opening on the side to allow the hogs to drink from it.  With the intense heat, the hogs had the ingenious idea to slosh the water from the opening with their snouts to make a mud bath.  From the looks of things, they had been working on this plan for a while. Once the ground became soft from the mud, the tank lost its foundation, and started to fall into the mud hole.

My dad’s voice echoed in my head, “They can never run out of water in the summer or they will all die!”  With no one at home, I knew it was up to me.  I gritted my teeth and crawled into that pen and tried to push the tank back upright. My eight-year-old arms couldn’t budge it.  Worse yet, the 500-pound hogs were excited to have a visitor.  The huge rough-skinned creatures ran toward me, snorting and squealing, pushing muddy snouts against bare legs as my toes and my flip-flops sank into the mud they had created.

I can still feel the tears and helplessness that overflowed into the pen that hot summer afternoon. The situation was bigger than any solution I had access to.  When I realized it, whenever any of us realizes it, a feeling of powerlessness can set in.

Since my diagnosis, I have felt powerless many times.  Often, I felt like it was a lack of faith, that I was somehow letting God down because I didn’t believe enough that He could make me better.  On worse days, I felt like I wasn’t doing enough to make it happen.

After months of meticulously titrating meds and completing cardiac rehab, we felt ready for a check-up in Cleveland.  Although we seemed to always get bad news there, we believed this time would be different.  I didn’t know it then, but this would prove to be the low point on my graph of recovery. From my journal:

Amazingly, in the huge city-like clinic, we got the same cardiac sonographer we had seen three months earlier.  She endeared herself to us right away because she asked to pray with us after our last appointment. My husband and I were both convinced it was a good sign that we got her! When we got back to the exam room, she said, “Do you remember me?”  I said, “Of  course!  But how do you remember us?  You must have done four or five hundred echoes since we’ve been here.”  She said she continued to think about us all the time and pray for us.  She just couldn’t get us off her mind; she felt like she had known us forever.

Once the echo started and the IV dye was administered, we started to get the feeling that it wasn’t going well.  The sonographer got quiet, then asked if doctors were still talking about a transplant.  I saw my husband put his head in his hands.  She wanted to make it a tradition to pray for us.  Then she said something that shattered our souls,  “Are we still asking for healing?”  My husband looked over at me in tears as our world stopped spinning.

Clearly, we weren’t going to be living the vision we had hoped for, of dropping the Life Vest and walking out of that clinic mended.  Not today anyway. The sonographer gave me her personal cell number so I could keep her posted.  She said she was expecting someday for me to be relaying a miracle to her. I wanted to believe it, but I wasn’t so sure.

As we left the clinic that day, my heart sank, my hope sank, and my faith sank a little further into the mire.  I had done everything in my power to fix this heart failure mess:  fluid restriction, sodium restriction, maximum dosages on meds, sleep. Still, I slipped further into my illness, with no help in sight.  And just like that little girl in the pigpen, I realized I was out of options on my own.

But our good God had a plan, as He always does, and this was just one part of His great story.  This low point turned out to be the high point, the point where I lowered my self-importance enough to let God step in.  That day in Cleveland, I realized that my weakness, my inadequacy, is the ultimate qualification for serving God.  It is God saying, “I choose you for this.”

We can become too intent on our own knowing, our own impact, our own significance in the story.  But our God calls us to something more lasting, something more wonder-full.  Be still and know.  Be weak and wait.  Be powerless and see. 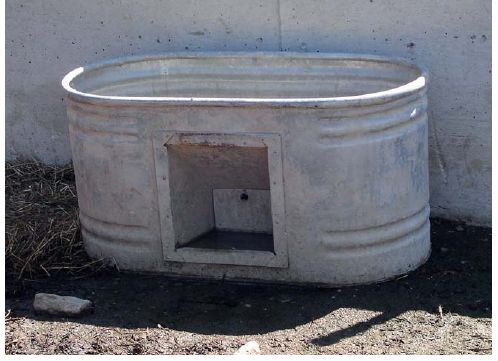