About a year and a half ago, a month after my pacemaker/internal defibrillator was installed, my husband was doing some yard work.  Knowing I couldn’t do much actual work, I instead assumed the role of boss.  When he got ready to plant a couple of trees we had purchased, I asked him to plant them near the wooded edge of the property, so they would provide a screen from neighbors as they grew.  That part of our large yard neither of us was familiar with, far past the area that we mow.

I watched from the safety of the house for a while, but then, I felt like I needed to be more “specific” in my directions.  I slipped on my sandals and headed slowly out to where he was digging.  I stayed a safe distance from him as I instructed him to rotate the tree so the best side was facing the house.  Still not satisfied, I took a step toward him.  Suddenly, I felt needles going through my feet.  I looked down to see that I had stepped into a hornet’s nest.  They were relentless, stinging me on both feet, on my arm, and my neck as I walked (as quickly as my convalescing self could) toward the house.

Once inside the house, my blood pressure quickly dropped to 58/30 and I passed out.  My husband called 911, the ambulance arrived, and I was on my way to the ER.  Add to medical record:  anaphylactic reaction to hornet venom; must carry epi-pen.  I’ve gone all my life not knowing I could have died from a hornet sting.  My husband still considers this my most frightening health episode in the past two and a half years.

When it was all over, I told my husband I should have stayed inside; I should have just trusted his judgment on the tree placement. (He loved that.) I could have avoided a trip to the ER.  The entire ordeal was something I would  rather not have experienced.  But in reality, it was a blessing to find out about this dangerous allergy while someone was with me, rather than when I was alone and rendered helpless.  I have come to appreciate this realization many times lately:  I was safer in the center, but I am wiser on the edge.

Lukewarm is not tasteful to God.  But so often, it seems like the right choice.  It is risky to be all-in, to live on those edges.  I believe God has been pulling me to the edge as part of His great plan.  He has been working in my life to show me that the center safety is only temporary. And even in the snuggly lukewarm comfort, deep down we can feel that we have sold out.  The short-term safeness never outweighs the long-term rewards of the risk, at least when it comes to walking with God.  So why did I ever think that was safe?

Those edges can be dark and scary places, and as we get forced to the edges, we can feel that we have taken a wrong turn.  This is not the way I imagined my life would be.  But what we see as detours on the road of our life may not be detours at all. They may BE the road.  And getting out of that safe center lane may lead us to the scenic route, or even to the ditch at times, but always where God wants us to be.

Most important of all, God has shown me that miracles only happen on the edges.  The huge unexplained improvement and seeing the hand of God working in both my physical and spiritual heart would have been lost in the safe center.  People I have met both in Cleveland and at the WomenHeart Symposium at Mayo have inspired me and changed me.  Medical professionals stepped in and became at the same time humanly involved and expertly invested.  Stonemovers have become amazing mentors I am just now getting to know.  I would never have crossed paths with any of them in the cozy middle lane.

Even early on in my illness, I felt the pull to the edge, and I knew it was for the best.  Long before the hornet episode, I made this journal entry.  After 12 months with no improvement, doctors were starting to give up hope, but I clung to what I had left of mine:

Up to now, I have tended to live life down the safe middle. Merry-go-round instead of roller coaster.  But in doing so, I have missed so much.  Without the lows, there are no highs.  When we insulate ourselves from the lows, we don’t even recognize the highs when they come. No one wants suffering or pain, but it is a gift and I have learned that in so many ways over the past year. Trusting God puts you on the dangerous edges, and sometimes you get injured or even killed.  But the contrast of what you experience there is something you don’t want to miss.  We are all headed for the same end.  We all live a few years on this earth and then we die.  Staying in the middle of the road won’t keep you from that.  I used to think it did, so I reinforced my resolve to stay in the dead center.  This experience has forced me to the edges, and I am grateful. 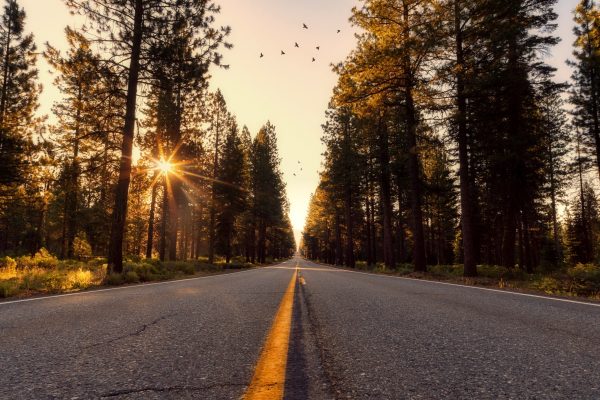