“Biscuit……I had a biscuit for breakfast……biscuit……” My second grade self read from the 10-word list into a cassette recorder. Rewound and played back, the tape would allow me to give myself practice spelling tests.

So began a lifetime where I have been mostly a do-it-yourselfer, albeit a Christian one. I have been in the camp of believing in God and his majesty and existence, but then not always trusting/believing enough to go to Him in prayer. Instead, I just worked harder or longer or smarter, and tried to solve the issue myself. Honestly, I was usually fairly successful at that. But God has been standing on the sidelines all these years, watching, knowing I have this “independence issue.” He’s been patiently waiting for me to come to the same realization. And then heart failure happened.

In many ways, I can relate to Albert Einstein, Mr. E=mc2. A mathematician at the core who loved learning and had a heart for social causes. Still, he had issues with a personal God. But something gnawed at him. When a doctoral student at Princeton once asked him, “What is left for original dissertation research?” Einstein replied, “Find out about prayer. Someone must find out about prayer.”

Einstein felt sure that if prayer worked, there must be scientific evidence of it, that it could be forecast in some sort of probability formula. That would settle it once and for all, right? I am naturally inclined to believe that line of thinking, or at least I was a couple of years ago, pre-illness. My amazing friends and church family have helped me learn otherwise.

From the moment I was diagnosed, prayers began. In the hospital and at church services, but perhaps more amazingly, in thousands of homes and cars and businesses around the world and around the clock.  Most of these people I have never met, but they consider it a privilege to carry people to heaven’s gate and knock on their behalf. From my first nurse as a new patient in the local cardiac ward and medical professionals at the Cleveland Clinic, to second graders in the town where I was raised, I had an army that sustained my hope and saved my heart.

Mark 2:4 describes the paralyzed man being lowered to Jesus through a roof for healing. Four friends fought crowds and mud and inconvenience to lower the man to the feet of the only one who could do anything about his condition. He would never have reached Jesus on his own. The tape recorder mentality would have surely failed him. But because his friends refused to give up, the paralytic had his audience with Jesus and was healed.

This is what my prayer warriors are doing for me. God is clearly at work in my situation: 50% of patients with my BNP die within 90 days of being released from the hospital. 90% of the people with advanced heart failure like mine die within a year. I am taking dosages four times as strong as I was expected to tolerate. They were not supposed to be able to place all three leads of my pacemaker in my very enlarged heart. I got a jump in my EF equal to five times the best-case scenario they gave me.

Truly, one of the most beautiful lessons God is teaching me through this story is about the amazing power of prayer. From the pledge I made to God weeks before my illness, to the petitions of so many, God was always listening. Getting the response we desired or not never changed that fact. Still, for many of us, numbers are evidence. I don’t know if that is quantifiable enough for you mathematicians and pragmatists, but I have to think that if this had happened to Einstein, he would have been a believer. 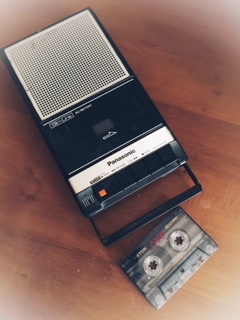