I used to walk on an indoor track at a fitness center where they had inspirational quotes posted along the course.  Once you’ve walked around it for a few years, you memorized them all, whether you wanted to or not.  The one that stuck in my head was, “It is a mistake to look too far ahead.  Only one link in the chain of destiny can be handled at a time.”  My younger self disagreed with this.  I was (am) an intentional student, parent, person.  Always plan ahead.  Always.  For as far out as you can.  Now what I’ve learned is that plans are ok, but they should be flexible and adaptable. This is essential to let God do His work.  But sometimes not knowing the details of the plan can seem unbearable.

My husband was telling me about a TV series he was watching. (He doesn’t sleep quite as much as I have to, so he has some free time on his hands.)  In the show, one of the characters has a vision of how his life will end.  So during his life, this character wasn’t afraid of dying if the circumstances didn’t match that vision.  He’d say, “I know how the story ends, and this isn’t it.”  I thought about how it would change our lives if we could embrace that in an eternal sense.  Because we of all people truly know how the story ends.  Would we walk without fear?  Would we be more bold?  The guy in the series sure was.  Now, spoiler alert, the name of the series is “Godless.”  Because this character’s “supernatural vision” of his death circumstances had nothing at all to do with a relationship with God.

But as Christians, we know the ultimate ending and nothing else should scare us.  We’d call our series “Fearless.”  The Message says it best:  I’m absolutely convinced that nothing—nothing living or dead, angelic or demonic, today or tomorrow, high or low, thinkable or unthinkable—absolutely nothing can get between us and God’s love because of the way that Jesus our Master has embraced us.  That knowing, that fearlessness, is from the Holy Spirit. And it becomes part of every New Creation’s true self.

The Holy Spirit was instrumental in helping me accept the storyline that I am a part of.  We were preparing for our third trip to Cleveland.  I didn’t know it then, but it was about to be our most devastating visit to date.  Right before we left, I went to Wednesday evening bible class for the first time since my illness.  I was joining a class already in progress so I had no idea where they were.  I just knew they were studying the book of John.

I went in and realized it was a very small group of 8-10 people surrounding a table.  My first impulse was to walk out and say, “Oops, wrong class.  Sorry!”  But I stayed, walked to an empty seat and opened my bible to the book of John, like I knew what was going on.  My bible fell open to John 11.  I looked down and noticed that verse 4 was underlined.  I don’t write much in my bible at all.  Occasionally, I’ll underline something but when I do, I’ll include a note or an explanation.  This one was just underlined.  I didn’t remember doing it.  It was in the middle of the story of Lazarus.  “This sickness will not end in death.  No, it is for God’s glory so that God’s Son may be glorified through it.”

Those words manifested in my heart by the Holy Spirit as I braced myself for the unknown.  Just two weeks later, we were in Cleveland.  From my journal:

We finally left the Clinic six hours after our arrival.  We then began the heart-breaking task of informing our many, many prayer warriors that there had been no improvement, no answered prayer, no miracle:

“We want to thank you for the overwhelming support and prayers offered for Lori’s healing over the last several months. We know that God has heard these prayers and is in this with us. We are very thankful for Lori’s quality of life despite her poor heart function. This in itself is unexplainable and an answered prayer. Though we were disappointed that the echocardiogram showed no improvement and the doctors are not optimistic that the medications will restore her heart function, we continue to trust in God’s provision and plan. We will return to Cleveland in late July for a biventricular pacemaker and internal defibrillator to hopefully improve her heart function. Your love and concern has been a great comfort to us.”

The Spirit showed up many times to help me with acceptance through my confusion and disappointment. So when the news landed hard and solid on us at that appointment, I still knew we were going to be ok.  I told my husband that it might be here or in the next life, but I would be healed.  I could honestly say that I was good with either way.  I knew how the story was going to end.  I felt a strange comfort surround me that was both welcoming and surreal.  The details of God’s plan did not seem so important.  I had finally realized that the Holy Spirit had been walking the course with us all along.  And now He had reached out and clasped hands with us.  That was the link in the chain that I was missing. 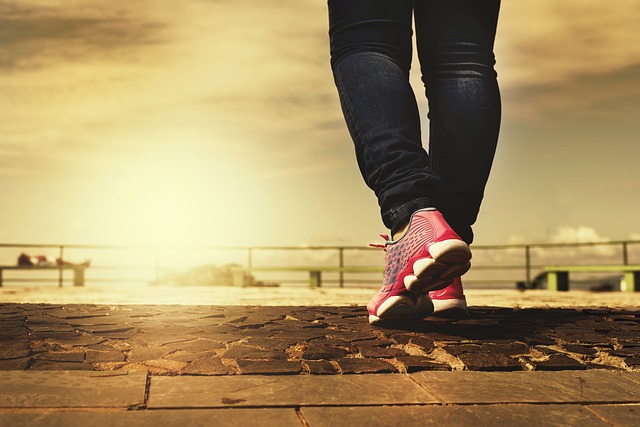