Yes, 10-year-old Mary placed her order for that much-desired Sears coat, but there was still some perseverance that had to kick in.  She had found her new plan, but as all new plans go, it was not easy or seamless, and she had to dig deep and refuse to give up when that plan disappointed her.  Once the coat came in, she wanted to go to town to collect it right away. (I inherited impatience from her as well.)  No one would take her as they were busy with more pressing matters.  So she hooked up a buckboard to a horse and took that horse into town, by herself.

On her way home, it got dark and my future grandma got scared.  So she crawled out of the buckboard and up on horse’s back, put her arms around his neck, and closed her eyes.  The horse remembered its way home, pulling the buckboard with a scared little Mary (and her new coat) on his back.  Mary knew how to hang on tight when things got rough, and scary, and unexpected.

In the last post, I mentioned the first part to hope:  finding a new way.  But the second part may be even more important: refusing to give up when the new way is not easy or seamless, because it will be neither of those.  So this second prong of hope necessarily involves unwavering grit.  Paul mentioned to the Thessalonians in his second letter this “endurance inspired by hope.”

We recently visited Germany and decided to tour a concentration camp.  The Dachau Concentration Camp Memorial Sculpture depicts prisoners walking into the fence surrounding the camp, electrocuting themselves. After this gruesome and desperate act of suicide, the guards would leave the bodies there, entangled in the fence, for three or four months to remind the other prisoners, and as a final act of shame.

This to me paints a picture of the ultimate loss of hope.  Imagine the prisoner who walked into the fence the day before Americans liberated the camp.  Some did.  The American soldiers took pictures of the conditions when they arrived.  I hurt for that prisoner who gave up only hours too soon. If he had held on just one more day. We cannot know what tomorrow will bring.

My brother sent me this quote from Vaclav Havel:  “Hope is not the conviction that something will turn out well, but the certainty that something makes sense, regardless of how it turns out.” I would add, and the only way it makes sense is through the lens of eternity.  Those prisoners who gave up had been stripped of their lens to see past that horrible fence.  They had lost their hope.

Without having to dig deep to find it at this point in my life, I may have not known the valuable hope I have access to.  But I know it now, and I treasure it, and I cling to it.  If Mary had just earned the money from chores, or if her parents had merely given it to her, I wouldn’t be telling this story.  If she hadn’t held onto that horse and rode it home through the scary darkness, she might not have survived her 36 years alone. But she knew she had to hang on, with the help of her faith, her hope, and her God.

My grandma never had to face the horrors of a concentration camp or anything close to that.  Thankfully, most of us never will.  But she knew something about hope, and I am optimistic that if she could pass down that coat-loving gene to me, perhaps I got a little bit of her tenacious hope as well. 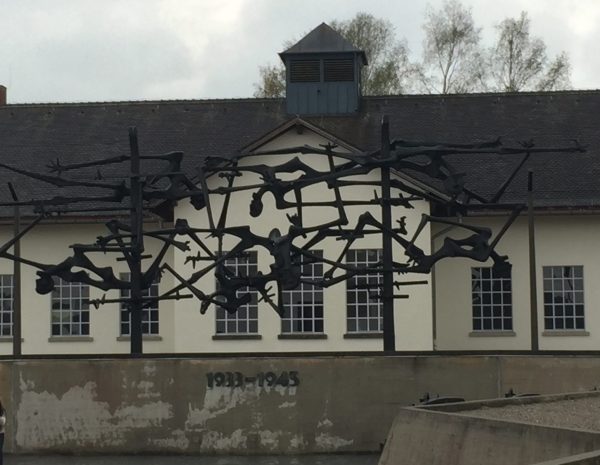