I had printed it out in decorative font and pinned it to the kitchen bulletin board months, maybe years, before my diagnosis. But it wasn’t until I stood before it, in Life Vest newly issued, counters overflowing with hospital bouquets and plants, that I began to internalize it. And it would be many months after that before I began to understand it:

Disturb us, Lord, when
We are too pleased with ourselves,
When our dreams have come true
Because we dreamed too little,
When we arrived safely
Because we sailed too close to the shore.Disturb us, Lord, when
with the abundance of things we possess
We have lost our thirst
For the waters of life;
Having fallen in love with life,
We have ceased to dream of eternity
And in our efforts to build a new earth,
We have allowed our vision
Of the new Heaven to dim.Disturb us, Lord, to dare more boldly,
To venture on wilder seas
Where storms will show Your mastery;
Where losing sight of land,
We shall find the stars.We ask you to push back
The horizons of our hopes;
And to push back the future
In strength, courage, hope, and love.

Two years ago in that deafening homebound silence, I looked at it and really read it for the first time. Phrases seemed to reach out and punch me in the gut: “dreams have come true because we dreamed too little, ” “sailed too close to the shore,” “having fallen in love with life.” I wondered, as I saw the end more clearly, if I had played it too safe. That has always been my nature. I never liked thrill rides or black ski slopes or even risky investments. Life was unpredictable enough, I thought. Control what you can. When my husband and son decided to sky dive, they didn’t tell me beforehand because they knew I’d try to talk them out of it. Staying on the safe side had served me well…sort of. But now I felt cheated and wrong to be have been the conservative, risk-averse one. I got this disease anyway. Regret ran down my cheeks. What had I missed along the way?

Then I realized something much bigger as I read on through the poem. More than having played it safe, I had fallen in love with life. The life I credited to myself. Instead of falling in love with God. That was the real crime and that was what was about to change. Whether, like me, you play your cards close to the vest, or thrill-seek, like my husband and son, God works with either bent. What He won’t, can’t, tolerate is other gods before Him. I had placed my life and my plans in that #1 spot and it was becoming very clear to me. God wanted His place back, as Ruler of my heart, and once I asked Him to be there, He wouldn’t stop at anything to do it. My days of playing it safe were coming to a screeching halt.

As Kyle Idleman says in Gods at War, we are hard-wired to worship. It is in every culture on every continent. Everyone worships something. Where you spend your time and your emotions tells you what is winning the war for your heart. I looked hard at my heart that day.  Ironically, it took a failing physical heart to call attention to the real weakness in my spiritual one.  I had played it safe to protect my life as I knew it. It seemed that I was worshipping that blessed life. Instead of worshipping the Giver of Life.

God was pushing back the horizons of my hope to something much bigger and vaster than I could comprehend in those early months. He wanted me to be ready when He showed His mastery. I am so thankful I didn’t miss the voyage. 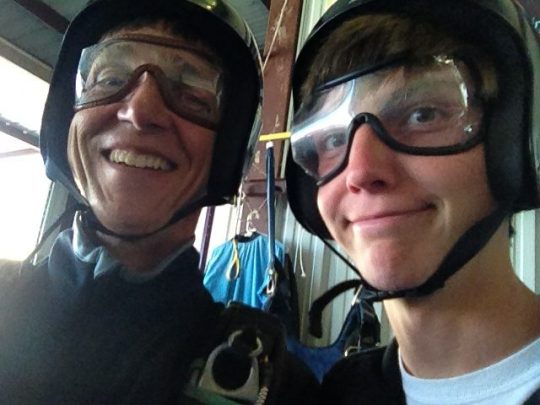