Several months into my illness with absolutely no improvement, my vision and my faith began to get a little fuzzy. I didn’t reject God, but I sure was wondering why He hadn’t stepped in and saved the day. I never asked “Why Me?” but came to the point where I was often asking, “Why not?” Why not heal me? Why not show all the people who have prayed about the power of prayer? Why not show unbelieving bystanders that you’re a good God who cares about us? Why NOT?? But for 16 long months, we heard crickets, or so we thought. God was speaking through His people. Oftentimes, we just weren’t recognizing that it was God’s voice.

So that intervening year and a half was a challenge. I remember telling my husband at one point that I didn’t even necessarily want to be healed. That would be fine, of course, but what I really wanted was just to see God’s hand move, even a little. To know that He was there, and listening, and knowing. Like Gideon’s fleece story in the Old Testament or John the Baptist sending a messenger to make sure Jesus was the one. I knew that He had led me where I was in answer to prayer, but I wanted to double check. Just in case it might have been a cosmic coincidence or something. I wanted to know He was driving this expedition.

As a child, we lived almost 20 miles from the town where we attended church and school. The grocery store was a planned excursion, and any activities in town had to coincide with a necessary trip for the farm. We four kids often piled into the road-weary Pontiac sedan, not really knowing what all would happen on our trip, where we were going, or the exact route or arrival times. But it didn’t matter. My mother or father was driving and I loved and trusted them implicitly. (Although little safety-conscious me was always slightly concerned when they drove with only one hand on the steering wheel.)

As Oswald Chambers said, “Faith never knows where it is being led, but it loves and knows the One who is leading.” And yet, it is often difficult to give that leadership over to God. Somehow we fear that God won’t hold up His end. So during the journey, the searing pain of fear and abandonment can ensue. As William P. Young said in The Shack, the real root of pain is not believing that God is good, that His love somehow ends. But God is always for us, always good, even when we can’t see with our limited human insight. It is His nature and has always been His way.

We sing a song at church that I love based on Psalm 68:19: Blessed be the Lord who daily bears our burdens. This feels most especially like a hug on those frequent days when I feel I have to bear up under the weight of it all. But God is driving the vehicle, writing the story, and is every day feeling the pain that we are feeling as we journey with Him. He hears and cares about what we care about, all day long, every single day.

My husband and I have never been TV watchers. We were busy raising our children and living life and the TV only came on for news or sports, most of the time. But now with just us two, we have become smitten with the series, “This is Us.” One line from the show came to mind while I was writing this. Jack was in the hospital after surviving a house fire where he had gone back in to rescue his daughter’s dog. He took in a lot of smoke to do that. The doctor said, “You must really love that dog.” Jack replied, “I really love the girl who loves the dog.”

Watching this episode, I realized that must be how God relates to us and our human stories. In the big picture, so much of what we worry about doesn’t ever happen, or becomes insignificant. But because God loves the child who carries that worry, He carries it as well. With His other hand securely on the steering wheel. 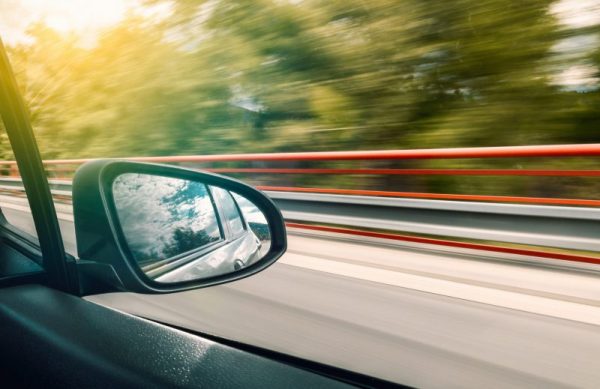