We burned most of our trash in metal barrels behind the milk shed. My older brother usually had that job, but sometimes I watched. I saw things go in recognizable. Then peering into the barrel days later, I’d find only thin, papery layers of black and silver ashes, stirring up the smell of finality with the twig I held. I always felt a slight pit in my stomach, hoping Mom had actually meant to burn all those papers that looked so important to a six-year-old. What if she wanted something back?

Our “bigger” (inflammable?) trash went into the ground silo where Dad would eventually cover it with earth pushed in by a tractor and loader. (This was before we were worried about, or even aware of, ground water contamination. Not that there was any water at all in our scorched pasture.) I liked the silo plan better. I knew if something got in the silo by mistake, it could be retrieved. It never did, but I always knew Dad would go in after something for me if needed. Those fire barrels, though, were an un-appealable death sentence.

Several months ago, my friend gave me a prayer bowl with a candle. She suggested I write my fears and anxieties down, and then burn them in the bowl. As a symbolic way of giving them to God and releasing the worry. Seemed to make sense with my fire barrel background: get rid of them for good!

I struggled with the idea at first. I found I wanted to burn other things: the palliative care instructions from Cleveland Clinic; Cardiomyopathy: 6 Months to Live (a book I ordered online and in a medically-induced haze sent to my son by mistake); meds that seemed to consume the little energy I had left.

But my friend was right. What needed burning up, destroying, was not the reality I was living in. Rather, it was my fear and worry, heartache and doubt, that I was carrying around like an overstuffed middle school backpack too big for my body.

Since you already know I lived before the advent of Earth Day and fines for littering, I’ll let you in on another secret. When we were in the car headed fifteen or twenty miles into town, we often accumulated trash: snacks or drinks, or mail we had picked up and didn’t want. My mother would tell us to roll down the window and “Let it out.” We loved doing this, watching the cups and cans tumble across the highway behind us and land among the weeds in the ditch. Safely hidden, but still there.

In a moment of desperation, I took out that prayer bowl. I wrote down what I was worried about, and dreading, and terrified of. Some of the scraps of paper were almost too wet with tears to actually burn at first. Eventually, I watched them turn into the same silvery ashes that I remembered from my childhood. And I began to work from that point on, at truly giving permanent custody of my concerns to God, not just telling Him about something He already knows.

It’s not enough to just let something go. It’s still secretly hanging around deep in the weeds of your soul somewhere. You have to burn it out and it feels real and final when you do. I finally burned some worries and ill-conceived plans and asked God to get me through the ashes. And He has done that time and time again. Just wish I’d taken a picture of those burdens He has shouldered for me, so I could remember them all. Because they’re gone for good now. I don’t believe even Dad could find them for me. 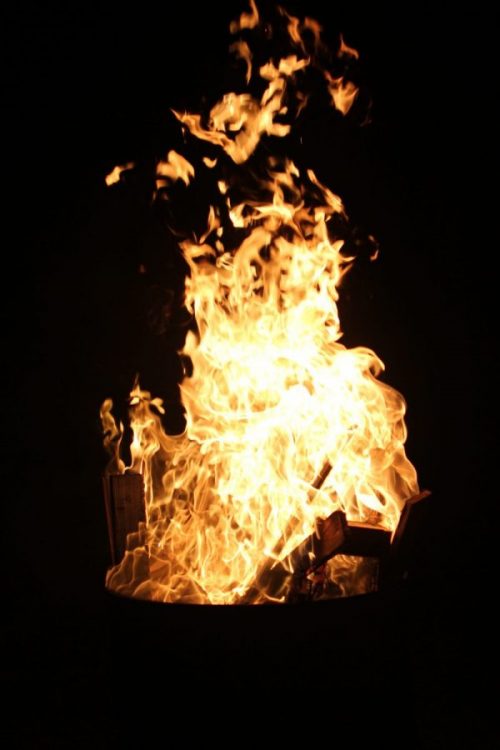