I don’t like surprises.  I like to pick out my own gifts, plan my pregnancies, and I despise surprise parties if they’re for me.  I am a control freak at heart, and I am in recovery from that more than any health issue I have.  Somehow that tendency lends itself to doubting the God who loves surprises. The God who appears to us doubters in flaming bushes and talking donkeys.  The God who loves to show up for the questioners in messy mangers and to disappear from sealed tombs.

This very God has been hard at work throughout my life, revealing Himself to this lifelong doubter.  From helping me find hopelessly lost childhood possessions, to helping me through a hopelessly fatal medical diagnosis.  And in between leading me to a man who would become my husband and help shape my faith.  And giving me three amazing children who would shape it even more.  But He’s had His hands full.

Sometimes I feel like I wear God out, by constantly needing reassurances that He is real, and there, and active.  But I have come to realize that God is not exasperated with me.  Rather, He is patiently revealing Himself and working with the personality He gave me.  And at times, He feels a little surprise is in order.

One way my husband and I work daily to control the effects of my heart failure is to eat a low sodium diet.  And when I say low sodium, I mean really low. We make everything from scratch.  One of our early purchases was a bread machine to make our own sodium-free bread.  It was one of the best items we have added to our kitchen in a decade.  We put the ingredients in and four hours later, we have a loaf of fresh bread.  Not exactly the way my mother used to skillfully mix, and hand knead, and rise, then re-knead, and re-rise.  I remember the first time I made bread with that machine, following the instructions, pouring in all the ingredients at once, and shutting the lid. At that point it was difficult to believe that it would turn into a beautiful, fluffy loaf of bread.  Still, I went through the steps and was more than a little surprised when it worked out as advertised.

I believe my faith has been similar to this as I have struggled with doubt along the way.  I shared with you that faith doesn’t come easily for me.  But it does come deep and strong.  I am fully in on this Christianity gig.  But when I get to Heaven and see all that God has promised, I, like author John Ortberg, will be a little surprised that everything I bet on in this life turned out to be true.  God doesn’t condemn the asking or the seeking or the wondering.  Rather, God loves surprising us as much as we do our own children.

I remember the rush of happiness I felt when surprising my children with good gifts.  Some big ones, like their first car, and other smaller ones, like lunch from McDonald’s in the school cafeteria.  I never felt like it was a test, or that I was trying to prove my goodness or love to my children.  I enjoyed doing these things, so they would have warm childhood memories, and a better understanding of my care for them.  Our heavenly Father is not much different.  God delights in revealing Himself to us as well.

I will always treasure the times God has shown up unexpectedly during this journey. Although I am in near constant communication with Him, it takes me by surprise the times I get a clear response. After hearing only bad news at the Cleveland Clinic for over a year, God threw in a little surprise.  From my journal:

We had a check-up at Cleveland Clinic today to determine if the pacemaker/defibrillator that was installed in August had improved my heart function. We weren’t expecting much.  The doctors were not optimistic. They expected MAYBE, at best, a five-point bump in EF due to the advanced stage of my heart failure. But they obviously did not account for the power of prayer to move God’s hand. Unbelievably, after more than a year with no progress, my EF doubled from 15-17% to 25-35%. The doctor cried. My husband and I cried. My cardiologist in Cleveland said I am no longer (after 13 months) her most critical patient. The EF tech that we have formed a relationship with over the past year called me their “miracle woman.”  The journey is not over. I still have advanced heart failure. I still have many health concerns. But God is not finished with me yet.

This would be the first of many times God has caught us off guard during our journey.  He was chipping away at my doubt with bursts of the unexpected. He was revealing Himself in ways only a seasoned doubter could recognize and appreciate.  Suddenly, a surprise party didn’t sound like such a bad idea after all. 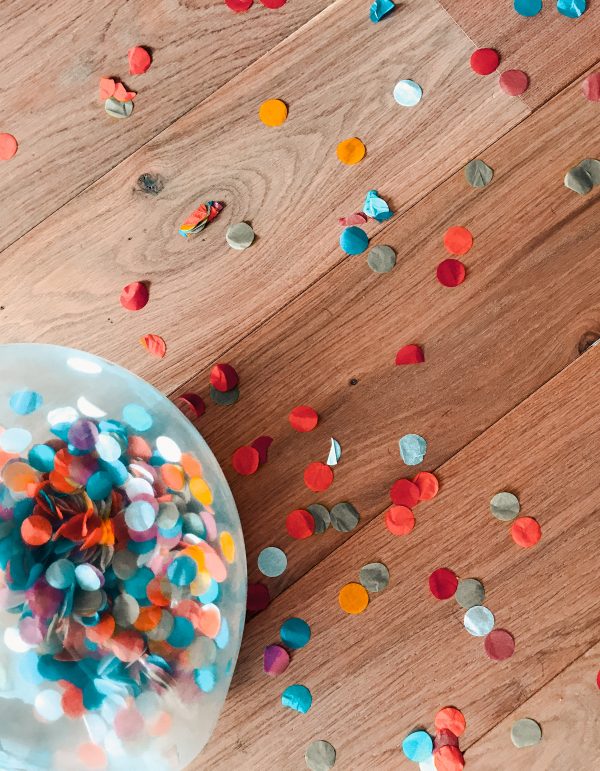