A few months into a tax career with a national firm, I knew I hated it. But I had an undergraduate degree as well as a master’s degree in the subject area, and it seemed a waste to step away. So I stayed.

Because of my disdain for the job, I was shocked to be awarded “Associate of the Month” at a Monday morning department meeting. The recognition was nice, but the $100 gift certificate to the extravagant Atlantic Sea Grill was even better. That was a lot of money at a pretty fancy restaurant for my husband and I at the time. I suppose the certificate was intended to be used to celebrate my achievement. But I didn’t want to waste it. I figured a birthday or anniversary could double its value. A more properly-timed use of our windfall seemed more prudent. So, I tucked that little slip of paper away until just the right time. Before widespread internet use and electronic giftcards, my half-sheet of white Xeroxed paper was all the proof anyone had that I was $100 richer, at least in fish terms.

Around midnight on Friday of award week, I sat straight up in bed.

I couldn’t remember where I had stashed the gift certificate.

I started turning that tiny rental house upside down, at first quietly, so as not to alert my still-newish husband of my idiosyncrasies. As dawn approached, I knew I couldn’t hide my anxiety. So we both devoted an entire Saturday to searching for a folded slip of paper. Around 11:00 pm the next night, just hours before trash pick-up, I burst into tears upon finding it in the bottom of the kitchen garbage can.

After a fitful weekend spent fretting, I started to realize there is more than one way to waste something.

Perhaps it’s that I’m a child of a child of the Great Depression. Mom and Dad lived through it and somehow passed it all on to me. I was reminded of this legacy recently as I cleaned out my parents’ home for the estate sale. We held on to butter tubs, coffee cans, baby food jars (and more recently, plastic grocery bags) in mass quantities. But it was the new, carefully preserved, never-given gifts that made an impression on me. We saved scented candles, lush towels, and new toys, often never encountering “just the right moment.”

In all those years of obsessive keeping, I’m now wondering if I might have missed something. Something big. Perhaps the reluctance to let go (and give) was less about the things, and more about a condition of my heart.

Perhaps the reluctance to let go (and give) was less about the things, and more about a condition of my heart.Click To Tweet

It’s not the first time God has seen this happen.

Six days before Passover, Lazarus’ sister Mary seemed to waste a full bottle of expensive perfume—pure nard. She poured it over the Savior’s feet and wiped them with her hair when He arrived at their home. Judas scolded her for the waste. The proceeds could have fed or clothed so many. Surely the treasure would have gone further, been more helpful, with a little saving involved.

As a lifelong Mary-wannabe, this gesture always felt impractical and uncomfortable to me, too. Reading the passage and Jesus’s rebuke of Judas, I know I’m supposed to give Mary props. I hate to admit it, but if I had been at that dinner party, I’d have sided with Judas. At least at first.

It was customary to provide water (sometimes scented with a drop or two of perfume) for guests to wash their feet upon entering your home. Due to a faith deficit I can identify with, Judas seemed to misread what Mary was doing. He assumed she was over-using the pure nard as a welcome to Jesus. But Mary’s deliberate, intentional us of the oil reflected the most common use of nard: to prepare bodies for burial. (Jesus called it out in John 12:7.)

In doing this, Mary was the first to acknowledge that Jesus was headed to the cross. In her willingness to spend, Mary became the first to anoint the Sacrifice of all sacrifices.

SOMETIMES THE LAVISHNESS CAN BE THE GIFT

Spikenard or “nard” symbolized the very best in ancient cultures, the same way a Tiffany diamond or the gold standard does to us. Imported from India, it has been speculated that this jar may have been Mary’s dowry or her inheritance. The flask of nard was possibly all she had of value, maybe a year’s wages, and she poured it out on Him. She was willing to give all in an act of worship.

Last week I read a heartwarming story amid the heartbreak in Ukraine. Perhaps you saw it, too. Something about it reminded me of Mary and her nard.

Fleeing war in Ukraine, children step off the train in Poland, tired, hungry, and frightened. They’re met by a Tyrannosaurus Rex offering candy. Inside that costume is a 41-year-old man with children of his own, Tomasz Grzywiński. Refugee families at the main railway station in Warsaw are sleeping on the floor and eating sandwiches. Old me (and Judas) would have suggested that the time and money involved could have been better spent cooking hot meals, buying cots, or washing bedding. Much more practical. Tomasz responded to similar criticism this way,

I can spend the money to buy them food for one day, or I can give them smiles and memories for a lifetime.

He’s right. At least it rings true for me. In the long view of life, we recall not so much the physical gift, but the feeling it evoked. On the far side of that seafood certificate, I have no idea what my husband and I ate. I only remember how large the value felt, and the time we wasted looking for it.

Even once we did use it, we ordered based on how we could squeeze two full trips out of it, rather than ordering what we really wanted. By clenching too tightly, we took the lavish right out of that gift.

TO BE LAVISH WE MAY HAVE TO GIVE UP CONTROL

As a chronic illness sufferer, my days can sometimes be consumed in the defensive. Trying to insulate and protect myself from the “too much” of life. Some days it’s almost as if I am meting out beats of my heart, trying to determine who/what is worthy of getting them. Do I join my family for that walk or take a nap instead? Can I schedule a FaceTime call that close to a church service that will zap my energy? It’s almost as if I ask people to apply for my time. I’m like a miser with my waking hours. For a saver like me, it’s a dangerous position to be in. Still, it feels like my last remnant of control.

Though it may not seem like it at first blush, Mary had to consider control, too. Once her nard flask was broken, there was no saving the remains of it. They had no plastic wrap or Tupperware. It was all or nothing.

Maybe that’s what bothered Judas most.

Maybe for Judas and for me, it’s about holding too tightly to what we thought we could control.

Judas had his rules and I had mine.

On the other hand, Tomasz had a better handle on control. He knew with his meager candy and his dinosaur suit, he couldn’t control the Ukrainian children’s hunger or their sleeplessness or their homelessness, but he could affect their happiness, even for just a brief moment. Mary knew this, too. She couldn’t control the destiny our Savior was heading toward, but by giving up control of what she had, she could lavish her devotion on Him in the meantime.

WHAT REMAINS AFTER THE GIVING

Spikenard has a very pungent, unique fragrance, and the presence of its aroma indicated the very best had been offered. The scent likely lingered on Jesus’s feet as he was beaten, and even nailed to the cross, perhaps a subtle reminder of why the sacrifice was necessary. Today, hospice uses spikenard to help patients transition from life to death, to calm and decrease anxiety. The strong scent may have helped Jesus in a similar way a few days later.

Lavishness also spills onto others who witness the giving. Scripture says,

The house was filled with the fragrance of the perfume. (John 12:3)

Though perhaps no one more than Mary, they all likely smelled like Him for a while. The impact of the gesture went far into the future.

As for Tomasz, he set up a collection box for candy and got so many donations, he had to shut it down. Dozens of others have now shown up in costume, offering candy, after seeing Tomasz. These bystanders were affected by the giver’s lavishness, too.

Knowing myself a bit better in the second half of life, I want to live more lavishly. Not so much with money or even gift certificates, but with time.  Maybe my “pure nard” is time: the part of my life I can never get back, the commodity of greatest value, the perfume that cannot be saved.

Too often, time is the constraint on love and patience, whether we have a chronic illness or not. We have to spend it on others to use it best.

Time is the constraint on love and patience. We have to spend it on others to use it best.Click To Tweet

After all, as Jason Micheli wrote,

We’re the nard that God purchased at great cost to lavish on a dying world.

With all the lessons I’ve lived and mistakes I’ve made, I’m still a believer in training. But I’m trying harder to distance myself from Judas. I’ve leveraged my practical taxation degrees into steps through heart failure, toward what feels like an abundant writing life today.

Even now, though, I have lots more to learn from that trash-stained seafood certificate. And I’m taking notes on a certain candy-carrying dinosaur, too. 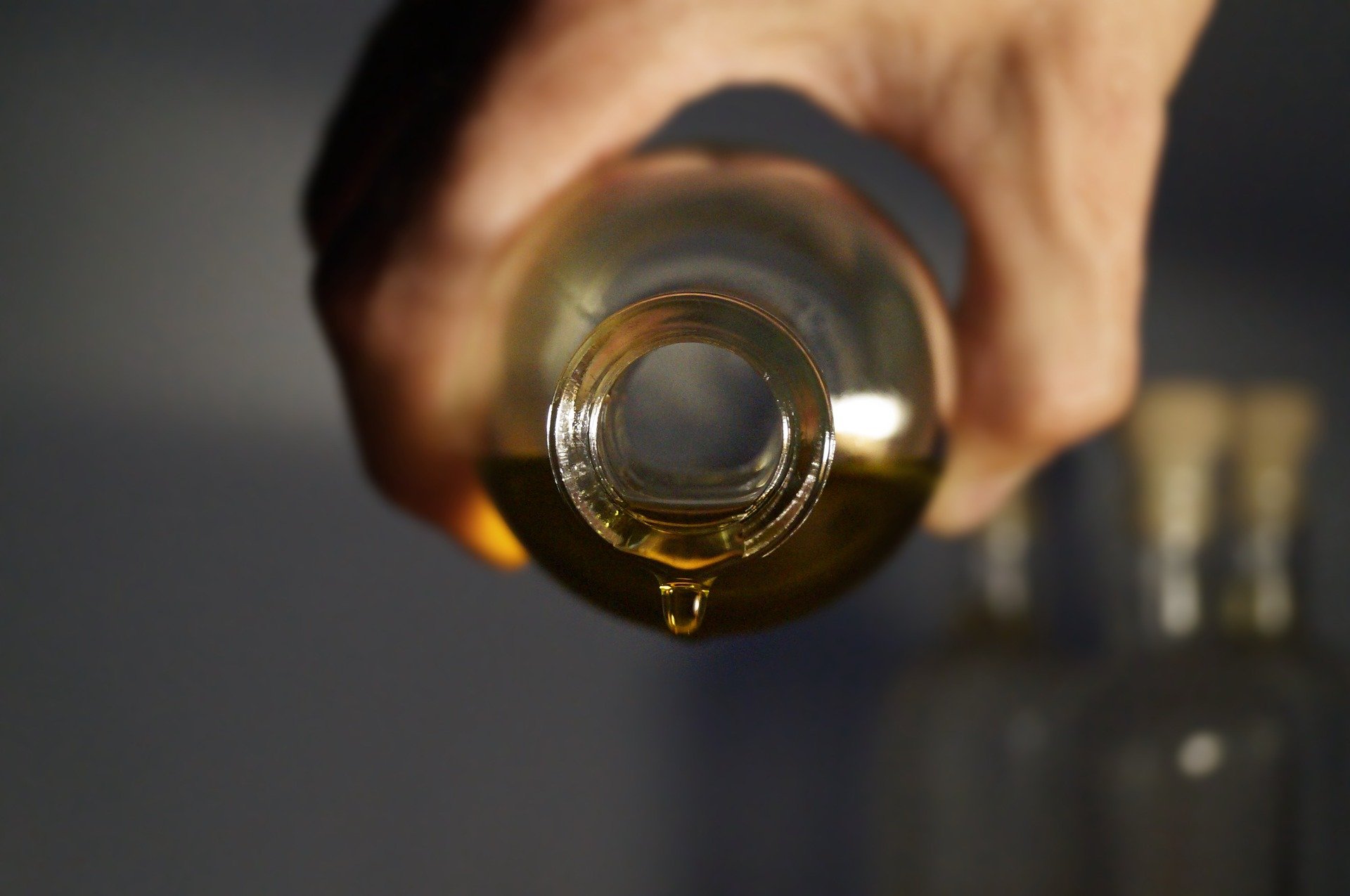