It seemed destined to fail from the start.

My three young adult kids decided to start a new tradition. Rather than purchasing ready-made, they wanted to make Christmas gifts for each family member. None of them lived here. They were all busy with college finals and new jobs right up until they came home. They had limited space in their carry-ons. But the plan was instituted anyway.

In the middle of winter in our small town, my inexperienced craftspeople wielded wire cutters and spray paint, mod podge and power tools. Time was short but somehow devotion carried them over the finish line. Year after year they pulled off their miracle. (And no one ever lost a finger, scorched our carpet, or ruined a relationship in the mayhem.)

I’ve often scratched my head over how this naïve plan ever worked out.

I’ve done the same with the Christmas story itself.

Christ’s arrival seemed poorly conceived, destined to fail. God chose a messed-up family tree. He then selected unmarried, teenage, first-time parents. And the birth came during a time of killing baby boys. The entire outcome tied together by the loose strands of free will. If I had been planning the saving of the world, I would have waited, at best. If I had written the story, the details would have been very different.

The Christmas story seemed like an impending disaster, a catastrophe waiting to happen.

The Christmas story seemed like an impending disaster, a catastrophe waiting to happen. And in a way, it was.Click To Tweet

A SPECIAL KIND OF CATASTROPHE

A eucatastrophe is a sudden, favorable resolution, or rescue from certain doom. It is the glimpse of goodness (eu-) appearing in the middle of imminent trouble (catastrophe).

Just as all hope appears lost.

I felt the rush of eucatastrophe each Christmas Eve as we sat in circled chairs exchanging gifts. Somehow masterpieces arose from the sawdust and fabric scraps.

The Christ Child entered a world that is even today not as it should be. He brought ultimate goodness into a realm gone wrong. J.R.R. Tolkien who coined the term said,

The birth of Christ is the eucatastrophe of man’s history.

The happy turn of the story.

Eucatastrophe is the moment Hope pierced through our dark world.

It happens on a large scale at Christmas, but as in all of Christianity, the grand scheme has to become personal. In my own egocentric attempts at accomplishing this, I’ve tried to pull God into my carefully crafted life. I spent decades thinking God was waiting around for me to ask Him to become part of my human narrative—my finite, self-centered little story starring me.

I thought inviting God into my storyline was the eucatastrophe.

Like the night I asked God to help me make a difference, I wanted to have my own show, or at least an episode. And even years later, as my battle with heart failure took an unexpected downturn one Christmas, I struggled with God’s authorship, and with my own significance in the plot.

Still tweaking meds and my device to figure out what is going on now that I am not doing so well. Had an appointment today to “make some adjustments.”

The ICD rep came up to me in the waiting room with another guy. Gesturing to me, he said, “This is the one who had the remarkable improvement last year.”  The assistant nodded that he understood. Somehow I felt burdened by that.

I feel like I am letting everyone down by getting worse. I hope I can carry this story out. Or I can carry out the story God wants for my life. I feel inadequate and discouraged. Or am I fooling myself? Is God even part of this at all?

I was in the waiting room, waiting for God to enter my story. Not realizing I was, even in my doubt and brokenness, already part of His.

I was in the waiting room, waiting for God to enter my story. Not realizing I was, even in my doubt and brokenness, already part of His.Click To Tweet

It is freeing to realize we don’t have to design this story or craft the plot or finesse the ending. We are not the authors, not even the main characters. But it is like being part of the best novel or production ever written.

To be fair, not every chapter is good. Not every paragraph is a triumph. As we discover with Noah, Abraham, Jacob and many others in Scripture, sometimes God’s provision doesn’t look like protection until much later on. But even then, the miracle is on its way.

Those handcrafted Christmas years didn’t always yield “keepers.” Still, they all paved the way to lasting memories and stronger bonds. My kids as adults are best friends, ardent fans, and devoted defenders of each other.

So goes our life story this side of Eternity. Even when the current scenes seem confusing or futile or even insignificant, the plot is still being developed. As Max Lucado says,

We are all part of that same story. After we are gone, God’s plotline doesn’t end. Life will continue. Christmas will be celebrated, catastrophes will occur, children will be born.

The Story is a meta narrative, the history of God and His people in chronological order. I love this retelling, because the bible unfolds in novel form, giving the sense that all of history is connected. And that even now we are continuing the story, in chapters still being written. All authored by a faithful God who has refused to give up on any of us.

All of history is connected. Even now we are continuing the story, in chapters still being written. All authored by a faithful God who has refused to give up on any of us.Click To Tweet

Each individual life makes a choice: Do we pull Him in for guest appearances in our trite short story or do we become part of His grand everlasting one? Do we settle for our own catastrophe or do we join His eucatastrophe?

This Christmas, I’m working on giving creative license of my life back to the One who has been carefully crafting the narrative from chapter one. The Baby arrived in the midst of a very special catastrophe, offering to write each of us into the best plot ever conceived.

No matter what catastrophe is at your doorstep today, He’s bringing a glimpse of goodness in the midst of impending disaster. Like my kids’ handmade presents—the decoupaged vacation memory board or the repurposed kitchen chair swing—it is the gift that seems too good to be true.

That is, after all, what makes it a miracle. 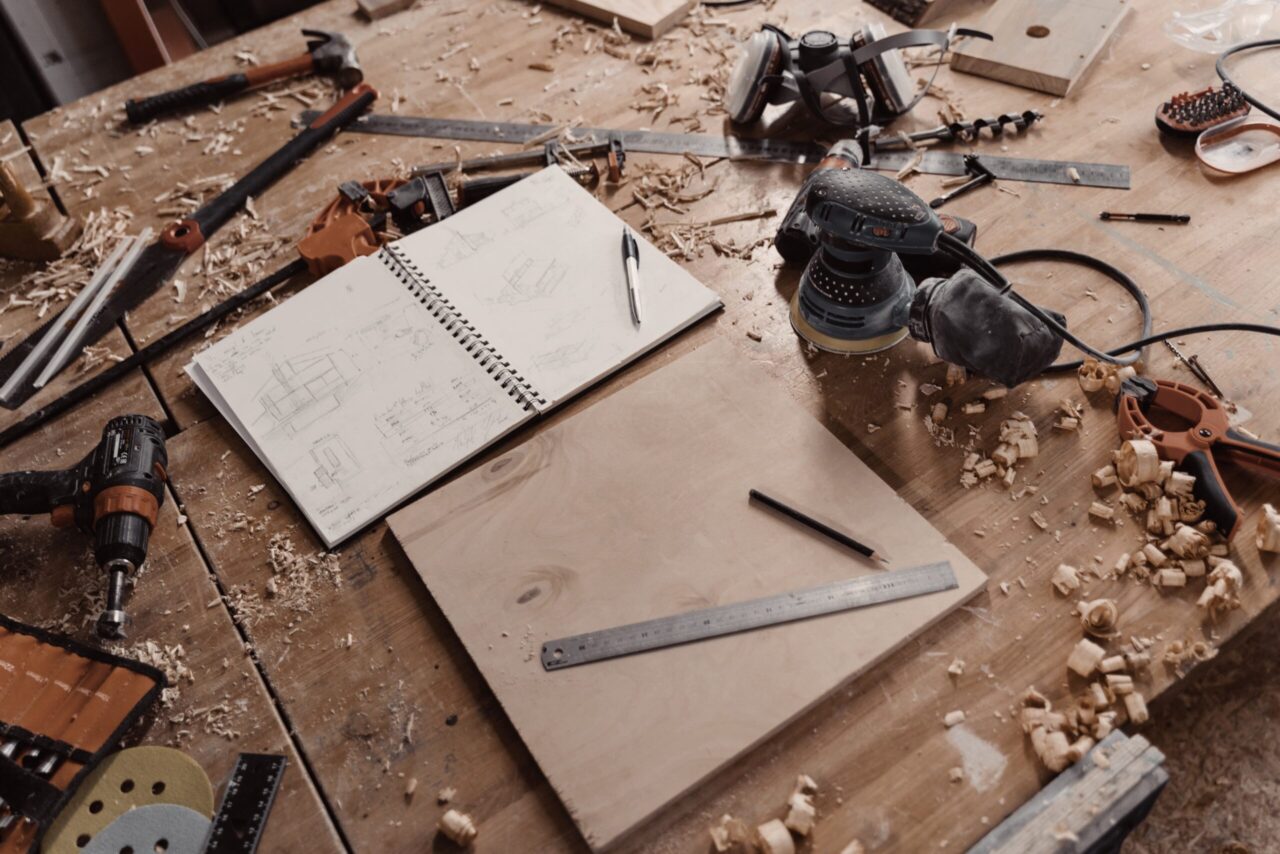