(This is the second part of a piece that originally appeared on kindredmom.com.)

Part I can be found here.

After a week of what I thought was the flu, I finally made an appointment with my general practitioner. I will never forget my doctor’s words as he prepared to read the chest x-ray, “If we’re lucky, it’s pneumonia.”

My enlarged heart earned me a direct admit to cardiac intensive care.  My heart’s ejection fraction was a pitiful 8% (normal is 55-70%). I spent 14 days in the hospital, most of it in ICU, before being taken by emergency air transport to the Cleveland Clinic where I was given less than 10% chance of surviving six months. I became my Cleveland cardiologist’s most critical patient for a year and a half.

I have since been implanted with a pacemaker and internal defibrillator and put on an extremely low sodium diet and extensive heart medications.

Heart failure is a chronic, progressive disease. My condition is incurable. For most, doctors can manage the symptoms, for some they can slow the progression. However, treatment is more effective when the condition is discovered early.

Mine was explained away and joked about as a mid-life normalcy.

Mine was piled underneath mounds of laundry and kids’ soccer schedules.

Mine was covered by excuses and stubbornness.

Today as I reflect on the years of subtle knowing I had, the years that seed grew unnamed beneath the surface, remorse hangs heavy in the air. I feel guilty for the limited life I now have to offer my children and my husband. I feel cheated of the dreams I wanted to achieve.

The good news is that my life story was never meant to be read by me alone. It was always an open book, on free loan, to anyone interested in learning.

So I offer this nugget of hard-won wisdom as I look back at the holidays, celebrations, vacations, and every day events: Don’t let the immediacy of today’s needs rob you of the wealth of tomorrow.

It is better to be a living hypochondriac than a dead silent sufferer. Do what is right for your family and for yourself. Listen to the people who love you. And listen to your body, even when you have no idea what it’s saying.

One gardening task my daughter and I shared was pulling weeds. If we didn’t remove them as soon as we noticed them, the menacing sprouts became bigger and more established and soon took root. We even had some weeds become trees right under our noses because we missed them.

Don’t ignore the little weeds that pop up in your life, whether they are in your marriage, in your emotional well-being, or in your physical health. Get help to understand the warnings of trouble ahead. They can grow, secretly and silently, into something you can’t fix.

Give yourself the grace you extend to others, grace that has already been gloriously offered to you. Grace to step back, to take care of yourself, to be less than everything.

And grace for the times you didn’t.

I had no idea that heart disease is the number one killer of women, taking more lives than all forms of cancer combined. But I learned that the only self-exam for heart disease, or any peril that threatens our lives, is awareness.

And a willingness to expose the seeds of trouble.

To remove the weeds of self-sufficiency.

My daughter’s gardening party was a success. She has a heart full of childhood birthday memories. She considers the parties themselves one of her best gifts.

But I could have given her an even greater gift…if only I had uprooted that tiny seedling years ago. 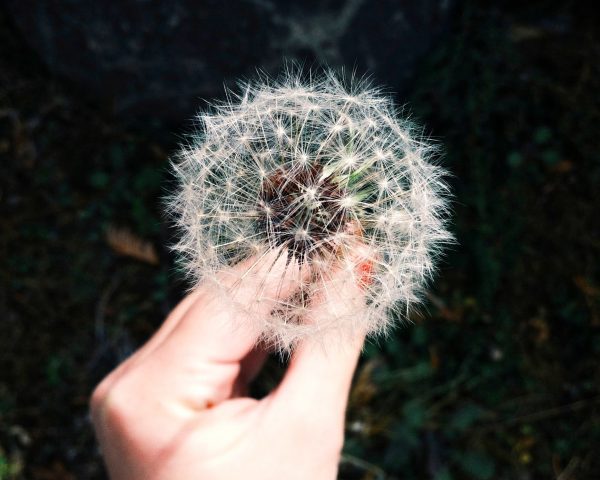